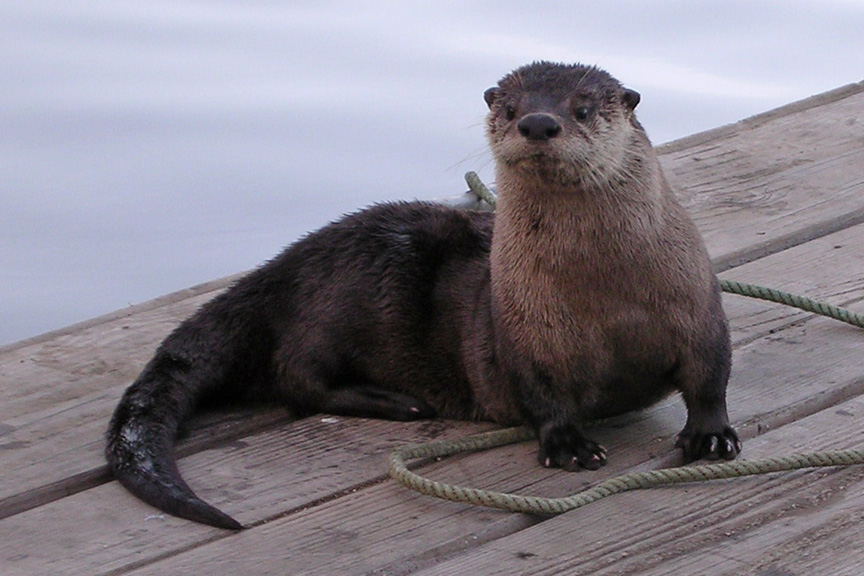 Slick is all grown up now. He is the first of the fifthborn generation to survive to adulthood. Slick has "left the nest" and is a full-fledged member of the male Clan now, though he does socialize with Scoots and his grandmother occasionally. Earlier this spring, a yearling male born elsewhere found his way here and decided to make this his new home. Slick befriended the new guy right away, and the two young males are now each other's constant companion. I've seen many similar friendships among the males over the years. Hopefully I'll get a good picture of Slick and his new friend "Spook" soon.

In spring 2004, Scoots gave birth to another male pup, a bright and adventurous little fellow I called "Scout." I had very high hopes for Scout. He was so precocious; I was sure he would be a survivor like Slick. Unfortunately, Scout died in a mishap in mid-July. I took this loss hard. With Little Mama too old to have pups now, and Scoots getting old herself, time is running out. Unless Scoots can produce more young in the next year or two, I'm afraid this otter family I've followed for 5 generations may die out...