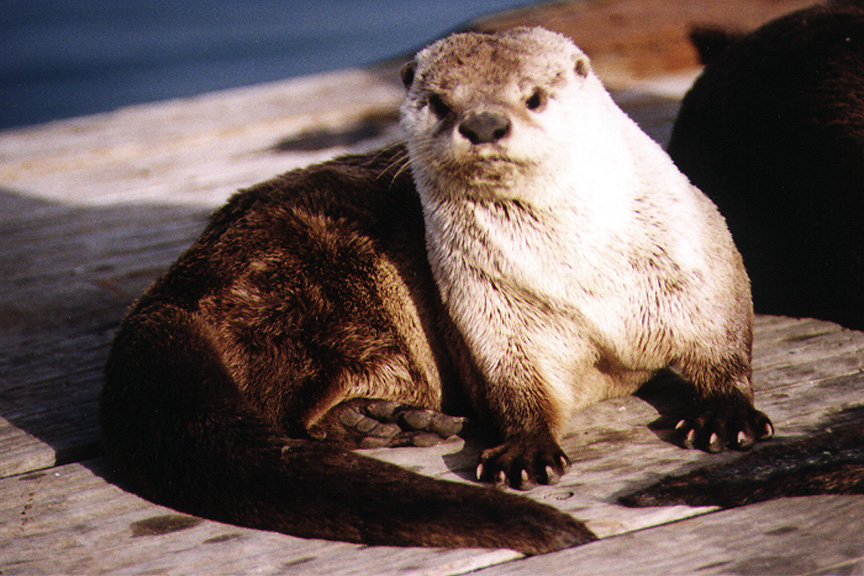 Although Mama Junior had the shortest life and the fewest offspring of any adult female here, she left the most survivors. Chief among these is "Little Mama," the current reigning matriarch. Born in 1991, she was the only female to survive the deaths of her mother, aunt and grandmother. As an orphaned yearling, Little Mama lived as a social co-equal with the males, but after she became an adult, the males shunned her, and she was forced to live alone until she gave birth to her first pup in 1994. Having grown up without a maternal role model, Little Mama has thus far proved to be a very unsuccessful mother. Even though she has now produced more litters than Old Mama, none of her pups born after 1996 have survived. 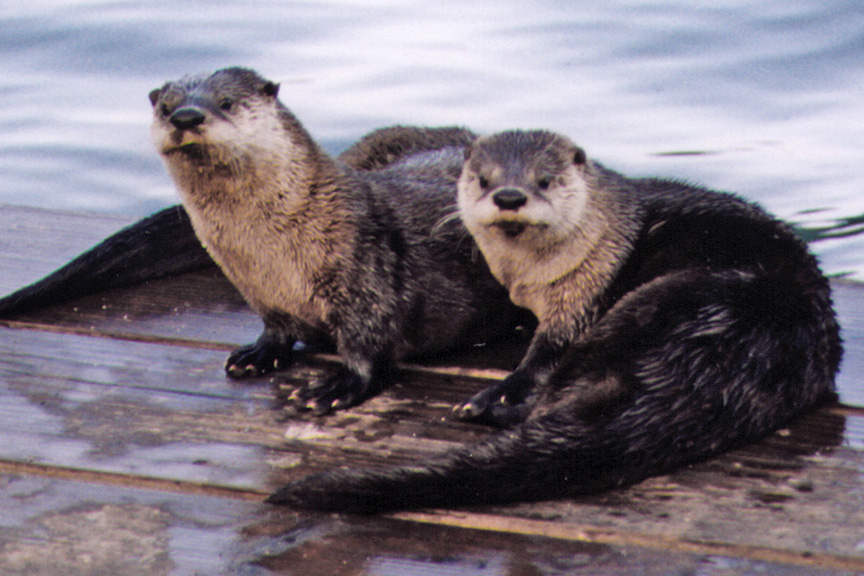 The other surviving members of Generation 3 were Mama Junior's sons: "Ninety" (l., b.1990) and "Giant" (r., b.1991). Although Ninety was rather ordinary as a youngster, he lived the longest life of any male otter I'd followed since birth, dying in January, 2002, at the age of 11 years, 10 months. Giant was Little Mama's littermate brother. He got his name because he was very big for his age when he was a pup, but the name stuck even though he grew up to be rather small for an adult male. Ninety may have died as a result of a grave injury to his eye sustained in a fall off a cliff some months before. I don't really know what happened to Giant, but anytime a totally healthy otter here disappears suddenly, I suspect foul play.