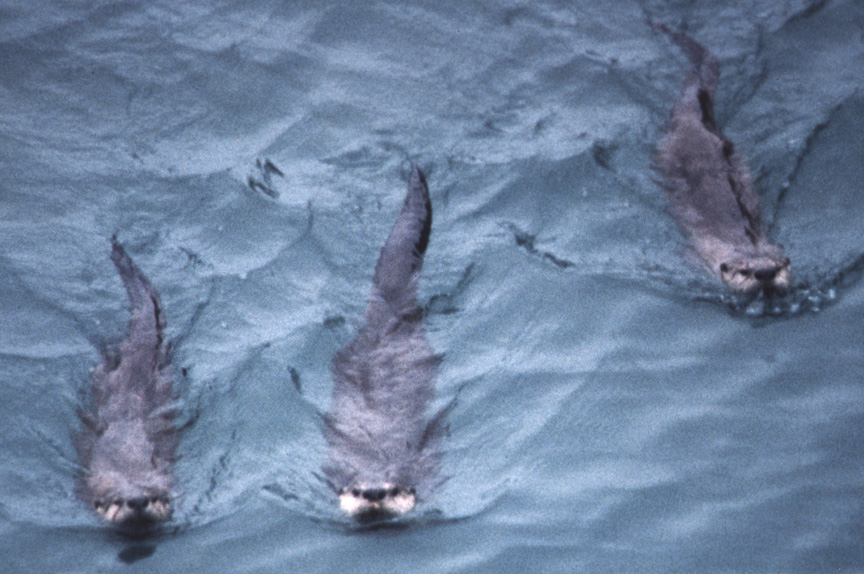 Little Mama had her first pup in 1994, but her precocious firstborn daughter died as a yearling. Then, in 1995, Mama gave birth to two more females, both of whom survived, so once again, there were Two Sisters in the bay! Pictured here as yearlings, "Scoots" (l.) got her name due to her remarkably energetic swimming habits as a youngster. "Misster" (r.) was named for the fact that, for the entire first year of her life, I actually mistook her for a male! (Hence the two s's: Miss-ter.) Initially, I had sound reasons for concluding that she was a male pup, but after Misster grew up, it became clear that despite her ostensibly male appearance, Misster was most definitely a female. 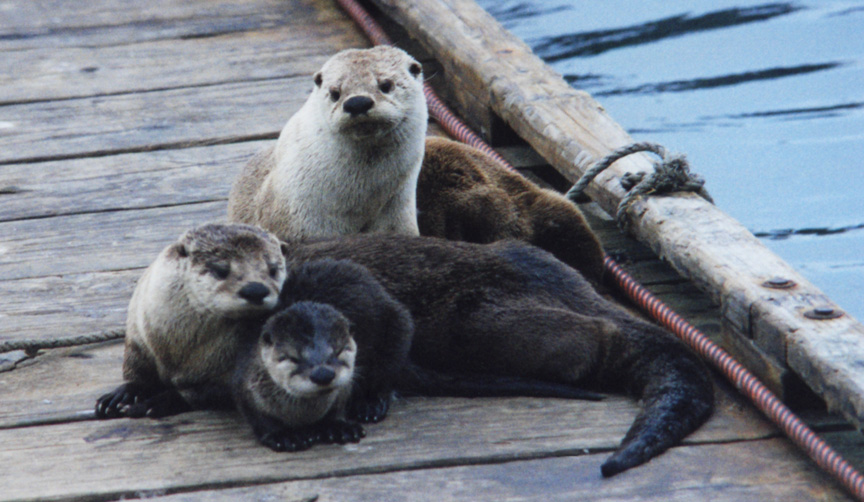 In the spring of 2000, at age 5 (2 years later than normal), Misster gave birth to her first pup. Misster is at top in this picture, with Aunt Scoots snuggled up close to her sister's new baby. In many ways, Scoots and Misster are reincarnations of the Two Sisters of yesteryear. Scoots even looks like Scar, and Misster resembles Junior, too, but this time around, Misster is the sister who is indifferent to family matters. Scoots has been anything but indifferent to the young of her mother and sister, however. After Misster had her first pup, Scoots took better care of her sister's baby than Misster did. It was the first time I'd ever seen a female provide real maternal care to another female's pup. The little one was Old Mama's first great-great granddaughter, and the firstborn of the 5th generation of otters I've studied here. Sadly, "Lucky" died in late June 2000, only 2 weeks after seeing the world for the first time. 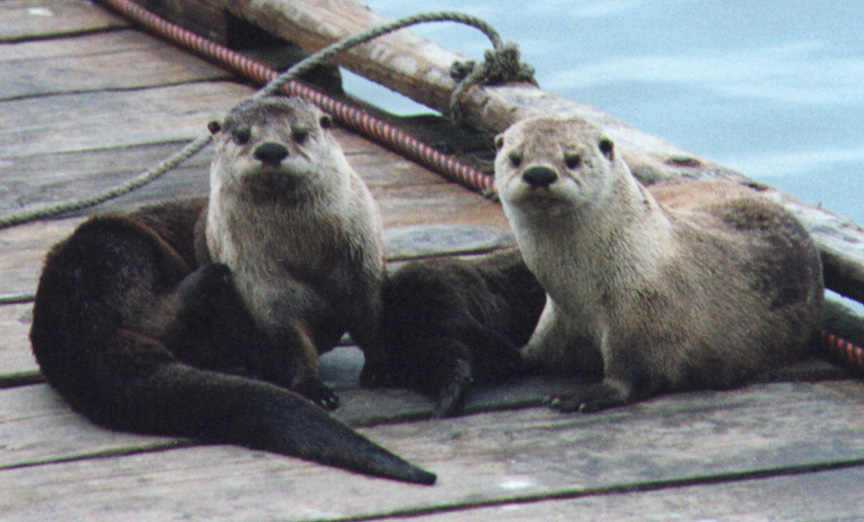 Update: Misster was killed during crab season in January, 2003. She was 7 years, 10 months old.