In Spring, 2002, at 7 years of age (4 years later than normal), Scoots finally became a mother, and "Slick" (pictured above) was Scoots' first surviving offspring. It's remarkable Scoots started becoming a mother so late in life, as a 7-year-old otter is roughly the age-equivalent of a 45-year-old human. Scoots began big with a batch of 4 babies, too, which was the most pups born in a single litter here since 1989. Juvenile mortality is very high, though. Typically, 3 out of 4 juveniles die, and that's exactly what happened to Scoots' pups in Summer, 2002. Remarkably, Slick was the first pup to survive past its nursery stage in the past 6 years... 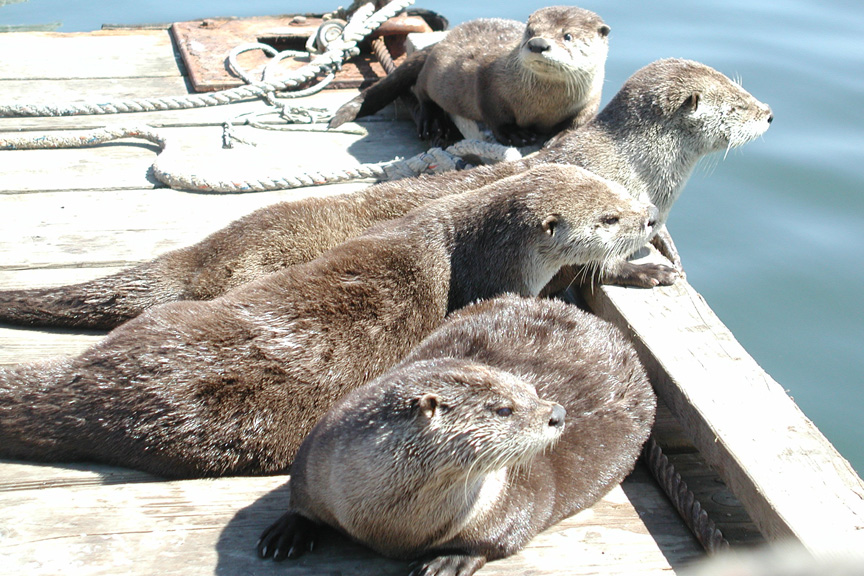 Something else I hadn't seen in many years also happened in 2002: the formation of a "Superfamily" comprising 3 generations. In the picture from top to bottom, that's Slick, Little Mama, Misster, and Scoots: the Superfamily of 2002.