An Otter Family Album, Leaf One

Since my observations began, this otter society's most noticeable feature has been that adults typically associate preferentially with individuals of their own gender, and tend to avoid interacting with adults of the opposite gender. This process of mutual avoidance is called "sexual segregation," and its occurrence in this species of otter has not been documented previously. The strength of this behavioral segregation of the sexes has, at times, been truly remarkable. For example, a period of 70 months once passed between instances when I saw an adult male and an adult female simply forage together, and 58 months elapsed between episodes of reciprocal play between opposite-sex adults. Because of this regime of sexual segregation, there are two distinct social groups in this population: a "Family," and a male "Clan."

The Family consists of a mother and her young, and it may include the mother's elder daughter(s), as well. These elder daughters assist in the pups' socialization and in territorial defense. This picture shows the Family in July, 1988. The two larger individuals at the upper right are the dominant matriarch's adult daughters. 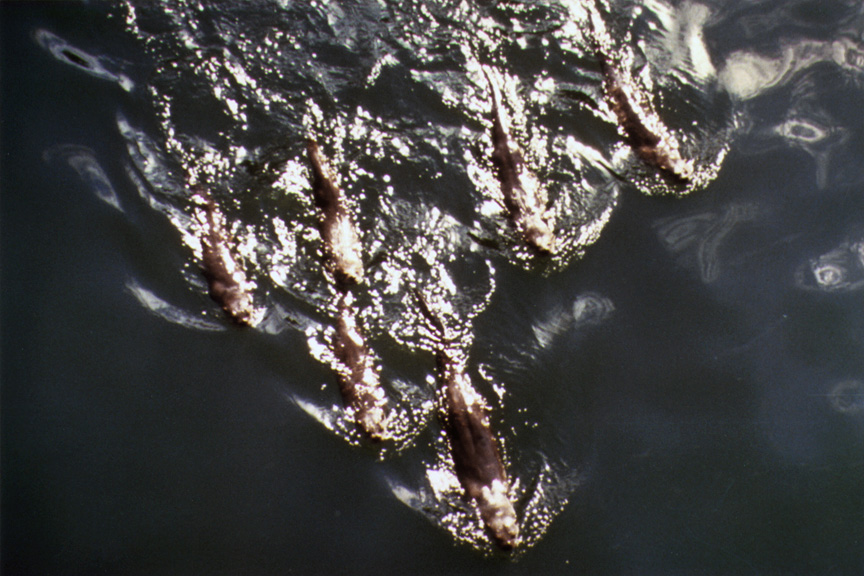 Adult males in this population are not "solitary and territorial," as most authors have described male otters previously. Quite the contrary, my males are highly gregarious. They live together in a communal den, and they forage and travel together, as well. The Clan is an egalitarian society; it has no obvious leader nor dominance hierarchy. The Clan has ranged in size from 3 to 9 individuals, and it is typically comprised of males related to the resident mother, unrelated males from other otter families along the coast, and may also include yearlings of both sexes. This picture shows the Clan in June, 1989. 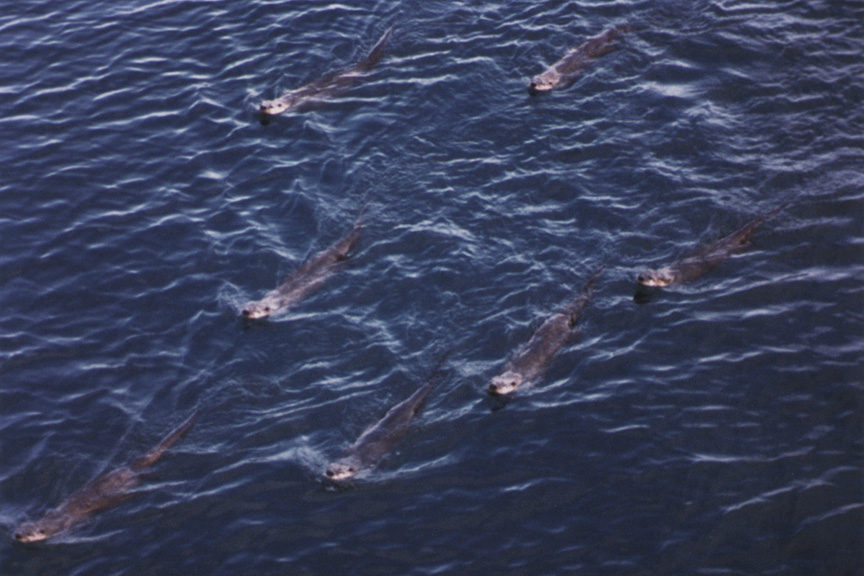