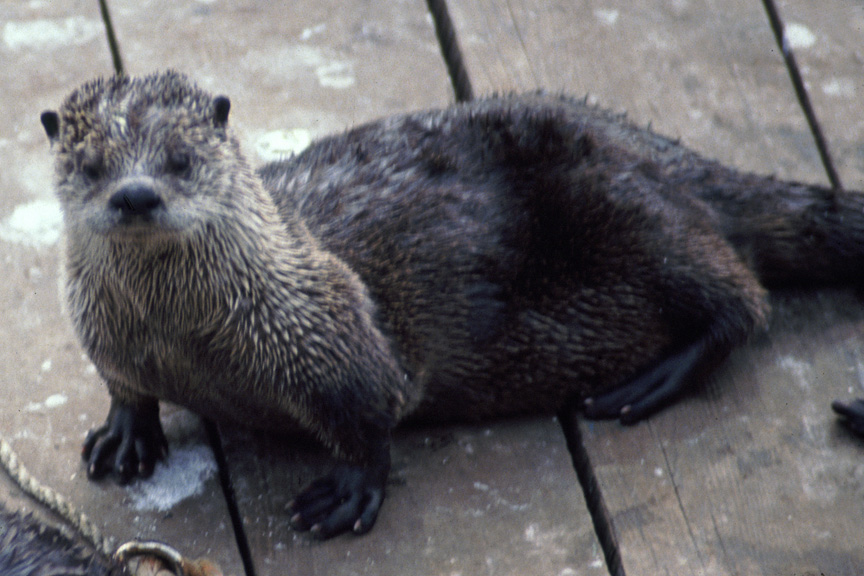 "Old Mama" was the first mother whose family I studied in detail. From 1986 to 1991, she gave birth to 22 pups. Ol' Mom was a paragon of motherhood, totally dedicated to her young. I've never seen any female of any species work more dutifully to raise her little ones. Old Mama genuinely loved her pups. She cried for days after her lastborn yearling daughter was killed. Subsequently, the old matriarch lost the will to live, and she died of self-imposed starvation in July, 1992. 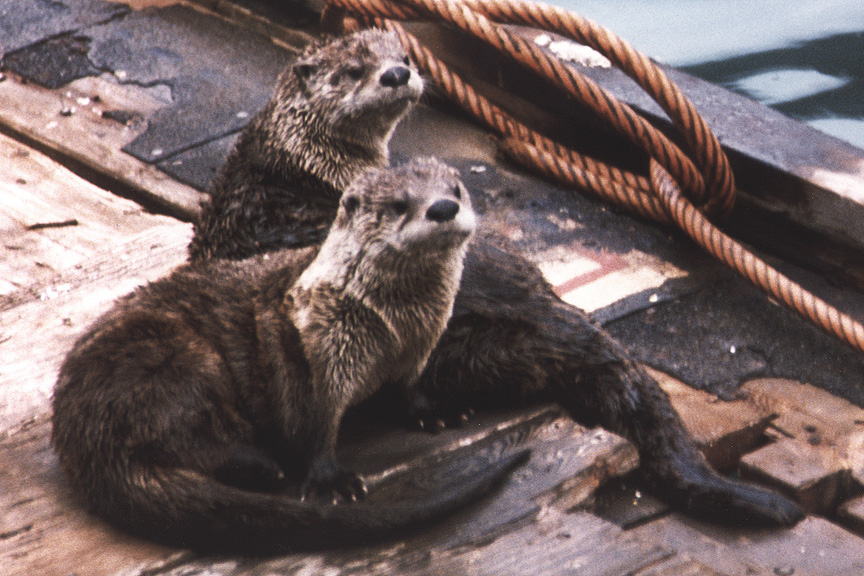 The Two Sisters, "Scarnose" and "Mama Junior," were Old Mama's eldest daughters, born in 1986. Although they were littermates, they had personalities that were as different as night and day. Mama Junior was Old Mama's devoted daughter who showed an active interest in family matters. Scarnose, on the other hand, was the plucky runt who mostly went her own way in life. When the Sisters gave birth to their first litters, Old Mama allowed Mama Junior and her pups to remain in the bay, and after their pups were weaned, the 2 mothers joined their families together. When Scarnose had her first pups, however, Old Mama expelled her from the bay. After her banishment, I didn't see Scar again for almost a whole year. Both sisters eventually gave birth to 2 litters of their own, but none of Scar's pups survived. The Two Sisters lived to be 6 years of age, and they both died within 10 days of each other and their mother in July, 1992. Of all of Old Mama's 22 offspring, only Scarnose and 2 of Mama's sons outlived her, and Scar herself died just a week after her mother. Two entire generations of females perished here in less than a fortnight...