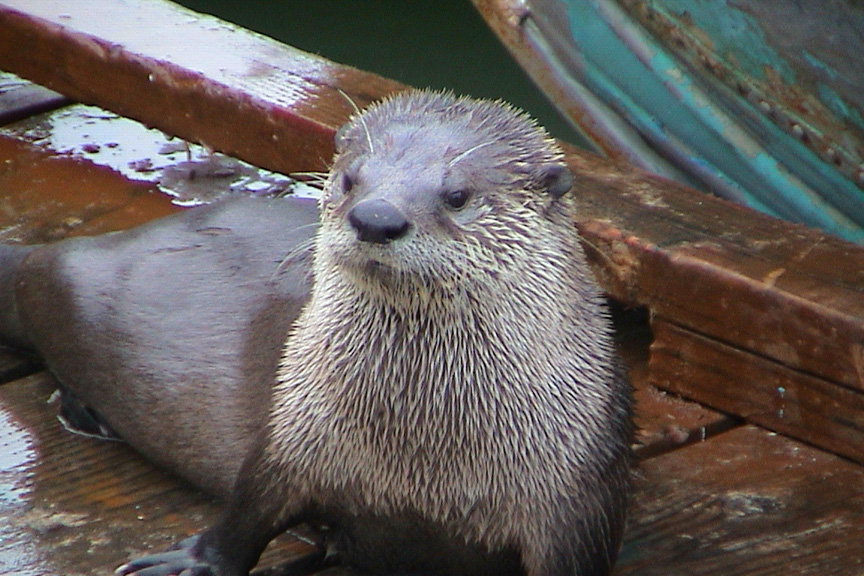 "Complainer" (b.1996) is Little Mama's only surviving son. He got his name because, as a pup, when his mother and sisters played with him, he would protest (happily) with loud squeaks. He is also named after his grandfather who similarly complained when his fellow males pinned him during wrestling games. Occasionally, Complainer still interacts in a friendly manner with his mother and elder sisters, but never for very long, in keeping with the traditional rule of sexual segregation. Observing these encounters, I get the feeling that Complainer and his female kin really do want to interact more, but proper otter "manners" simply don't allow it.

The male Clan in Summer, 2002 (faces l. to r.): Complainer, Buck, Chirper. Chirper and Buck were born elsewhere along the coast and immigrated here as yearlings, 5 and 4 years ago respectively. Although they came here in successive years, Buck and Chirper demonstrate the same kind of bond that Ninety and Giant did; that is, maternal brothers born just a year apart.